This past weekend club members Dan Cohen, Mark Doucet, and Lenny Mendola spoke with the Mercer County Pre-College AMS Chapter about storm chasing! Thank you so much for allowing us to speak with you and your club! 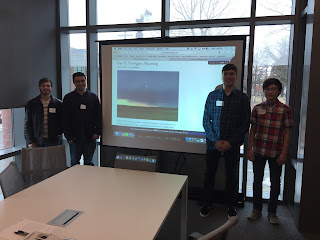 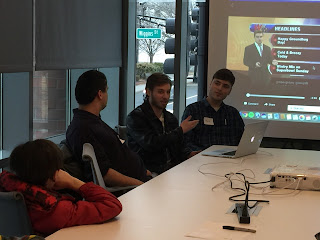 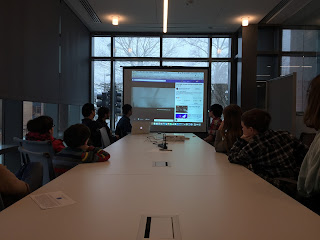 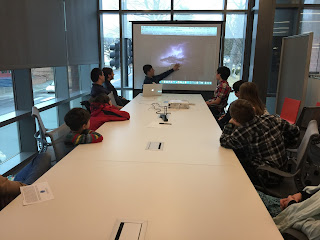 First Meeting of the Semester! 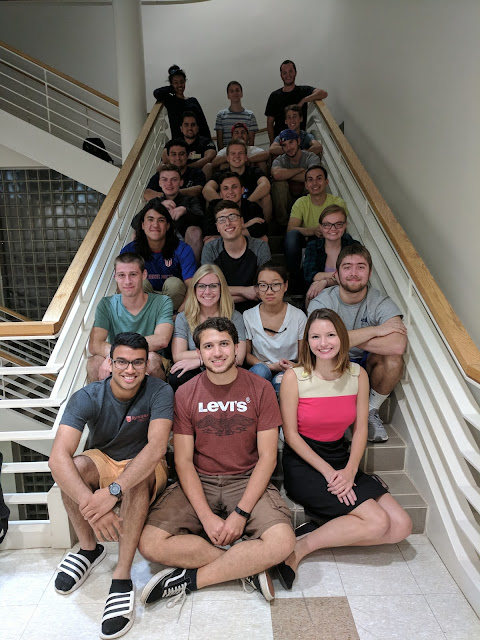 We had our first meeting of the academic year! The meeting started off with a fun icebreaker where members had to take a sheets of toilet paper (without knowing why) and had to say a fact about themselves for every sheet of paper they had. Next, there were 3 different presentations given by upperclassmen. The presentations included "Things I Wish I Would've Known as a Freshman," "What Have Our Upperclassmen Been Up To?" and a presentation about the American Meteorological Society Conference that will be taking place in Austin, Texas. Other topics that were discussed were outreach events and fall trip ideas.

The meeting was very successful, and we hope to see more people out for the next one. This is going to be a great year! 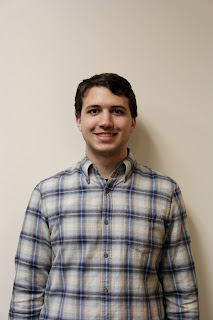 President: Joey Fogarty
Joey Fogarty is a senior with a major in meteorology and a minor in both mathematics and environmental sciences. Although he is unsure of what he wants to do with weather, he knows he loves the mechanics and physics of how weather works. Outside of school, catch Joey playing keyboard, collecting vinyl records, and going to as many concerts and music festivals as he can. Vice President: Valerie Thaler
Valerie Thaler is a senior majoring in meteorology and minoring in mathematics. She has been active with the club since Fall 2014, and she was previously the secretary. She also is the manager of the WeatherWatchers program, is a weather observer at Rutgers Gardens, and works at WaWa. Outside of meteorology, Valerie loves to run, go to the beach, hang out with her friends and family, and eat. 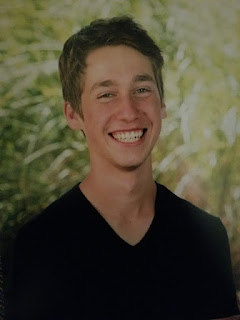 Treasurer: Brian Frei
Brian Frei is a junior studying Meteorology with a minor in Marine and Coastal Sciences. His interests in meteorology remain broad, ranging from large-scale weather patterns to cloud droplet chemistry. He received the NOAA Hollings Scholarship, and will be interning with a NOAA office in the summer of 2018. Outside of school Brian enjoys playing electric bass for several bands, and playing on the Rutgers club tennis team. 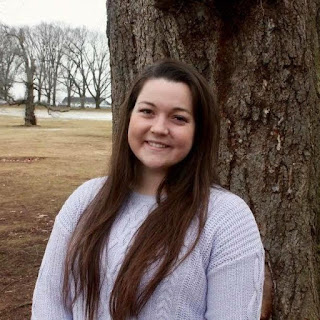 Secretary:Erin O'Neill
Erin O'Neill is a junior from Hazlet, NJ and is in the School of Environmental and Biological Sciences studying meteorology and minoring in DCIM. She has been a member of the Meteorology club for the past two years and served as the Class of 2019 Rep and Media Forecaster. Outside of the Meteorology club, she is and has been involved in RU-TV Weather watchers, New Student Orientation, Scarlet Ambassadors, Delta Gamma Sorority, and is a Peer Instructor for the First Year Interest Group Seminar (FIGS) program. 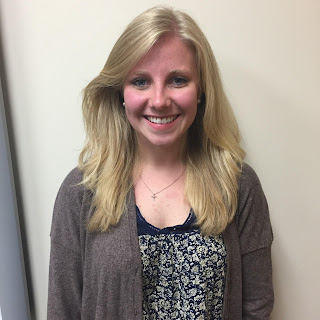 SEBS Governing Council Representative: Ashley Cornish
Ashley Cornish is a sophomore with a major in Meteorology and a minor in Marine and Coastal Sciences. She has been an active member since the Fall of 2016. She is currently working as the Floor Leader for the WeatherWatchers Living-Learning Community, and is a weather observer at Rutgers Gardens. Outside of meteorology, Ashley loves to play on an intramural volleyball team, hang out with her friends, and obsessively talk about the summer camp where she works. 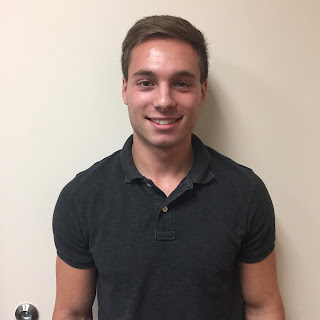 SEBS Governing Council Representative: Lenny Mendola
Lenny Mendola is currently a junior pursuing a degree in meteorology. He has been a member of the meteorology club since freshman year and involved with the WeatherWatchers program since sophomore year. Lenny has had a passion for the weather ever since he was a young child. He loves chasing storms, hanging out with friends and playing sports. 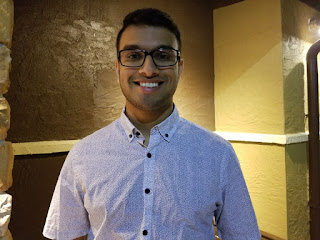 Media Forecaster: Rohan Jain
Rohan Jain is a sophomore meteorology major who is also minoring in computer science.  This is his second year as a member of the meteorology club E-Board, as he was freshman representative last year.  Rohan is also the Lead Producer for WeatherWatchers, in which he produces weather related packages for RU-tv.  Outside of academics, Rohan enjoys sports (go Yanks and Giants!) and taking 4 hour naps.
AMS Coordinator: Joe DeLizio
Joe DeLizio is a senior meteorology major pursuing his undergraduate degree in operational meteorology. He has been a member of the meteorology club since sophomore year and is the AMS coordinator for this years trip to Austin, Texas, 2018, along with his partner in crime Jake Wallace. Outside of meteorology, he enjoys being active, watching sports (TOUCHDOWNNNNNN TITANS!!!!), as well as scenic naturish views. 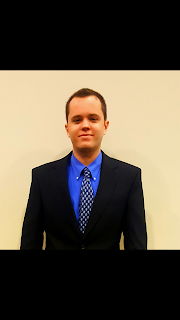 AMS Coordinator: Jake Wallace
Jake Wallace is from Westwood NJ and is a senior in the meteorology program in the School Environmental and Biological Sciences at Rutgers. Jake had been an active member of the Meteorology club since spring 2015 and was recently appointed as AMS coordinator for the club. Jake is part of the weather observers team as well.
Posted by valerie 1 comment:

Each Month the club holds a photo contest. Members can send in a photo, normally each month has a theme, and during the monthly club meeting, members will vote on their favorite photos. The winner walks away with a prize!

Posted by Unknown No comments:

Rutgers Meteorology Club takes 3 trips each year. These trips are to expand student knowledge of what to expect after graduation. Hotel and transportation is provided for club members, and these trips normally take place from a Friday to Sunday afternoon.

The fall trip occurs in the fall semester towards the end of October/ beginning of November. Some of the trips have included visits to AccuWeather in State College PA, the Blue Hills Observatory near Boston, visiting private weather firms down in Washington D.C., plus many more. Any active member of our club is allowed to join in on the group trips, which are great ways to learn more about the working field of Meteorology and to gain connections. The group trips are also a great bonding experience between club members, and students are able to explore the city that we visit.

The second trip is only available to junior and seniors who have taken or are currently taking the class Thermodynamics of the Atmosphere. This trip is the annual AMS (American Meteorological Society) where meteorologists from all sectors (including private, public, and governmental) come together to share research, weather safety ideas, plus more. This annual event is a great way for students to network with future employers, fellow students, and different researchers. The club encourages for every junior and senior to attend this week long conference which takes place in a different city each year. This years conference in January 2016, is being held in New Orleans.

The third trip that the club takes is in the spring normally during the first few weeks of March. This trip called NorthEast Storms is another annual conference that takes place over a weekend. This is a much smaller conference compared to AMS- but all members of the club are able to participate, there are no requirements except being an active member. Again, students are able to network to meet different researchers, employers, and talk to fellow students and different faculty members. 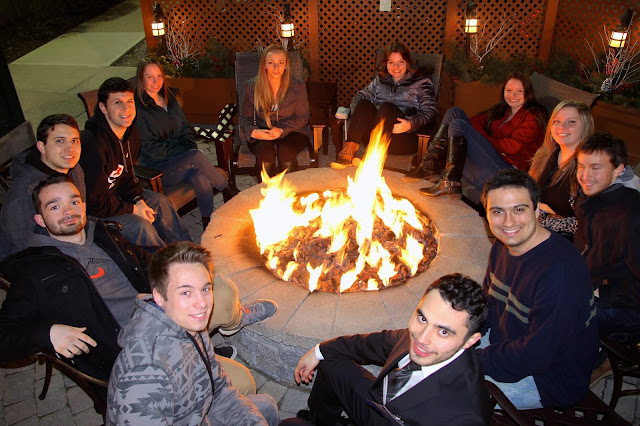 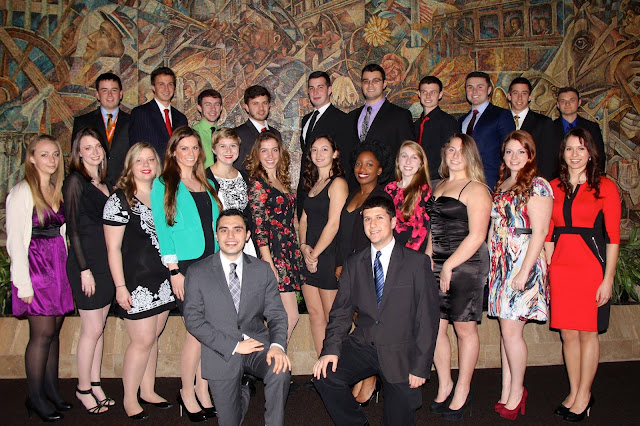